Travel To The Kingdom of Thailand – Southeast Asia 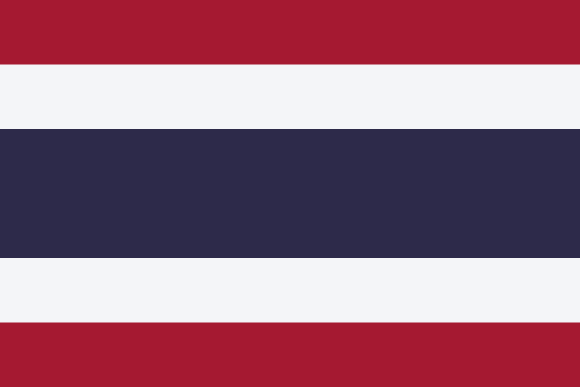 The Kingdom of Thailand, which was established in the mid-14th century, is a monarchy; it was known as Siam until 1939. Thailand is the only southeast Asian country never to have been taken over by a European power. A bloodless revolution in 1932 led to a constitutional monarchy. In alliance with Japan during World War II, Thailand became a US ally following the conflict.

The main four cities are Chiang Mai, Chon Buri, Phuket, and Bangkok. Bangkok is the capital city of Thailand.

The primary language is Thai, however, English is widely spoken.

The majority of the population practices the Buddhist religion, while few others practice Muslim, Christianity, Hinduism.

BANGKOK: The popular Lumphini Park; Chatuchak Park which is the famous site of a weekend market that sells almost everything made and grown in Thailand; Khao Din Zoological Garden is an artfully landscaped enclave with an artificial lake. The zoo neighbors Ratchadamnoen Avenue’s Royal Plaza, and National Assembly Building, and contains a fine collection of African and Asian mammals, reptiles and birds. King Rama IX Park or Suan Luang Gardens is an extensive park with fine botanical gardens deep inside Sukhumvit Soi 103 in Bangkok’s eastern suburbs.

The theme Park Magic Land at Lat Phrao, just north-east of Bangkok’s Central Plaza Hotel, is the capital’s major amusement park. The complex offers a wide range of exciting rides and other amusements including haunted houses and sideshows.

In the eastern suburb of Minburi at the Siam Water Park, this water theme park features an artificial sea replete with authentic waves, waterfalls, water sliders, whirlpools, and numerous water-related activities. The adjacent Safari World features a collection of African and Asian mammals, including lions, tigers, giraffes, zebras and bears, which live in natural surroundings. The sprawling complex also contains Asia’s largest aviary with over 4,000 birds.

Thailand is located in southeastern Asia, bordering the Andaman Sea and the Gulf of Thailand, and southeast of Burma. Click here to see a map of Thailand.

The baht is the currency in Thailand, whereas one US dollar equals approximately 40 Baht. For actual conversion rates, visit Oanda.com and perform a conversion for ‘the Thai Baht.’